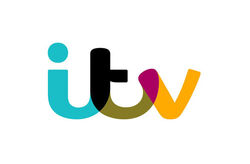 ITV is a network of television channels that operate regional television services as well as sharing programs between each other to be displayed on the entire network. In recent years, several of these companies have merged. There are currently fifteen franchises are in the hands of two companies.

Retrieved from "https://victoria.fandom.com/wiki/ITV?oldid=4230"
Community content is available under CC-BY-SA unless otherwise noted.